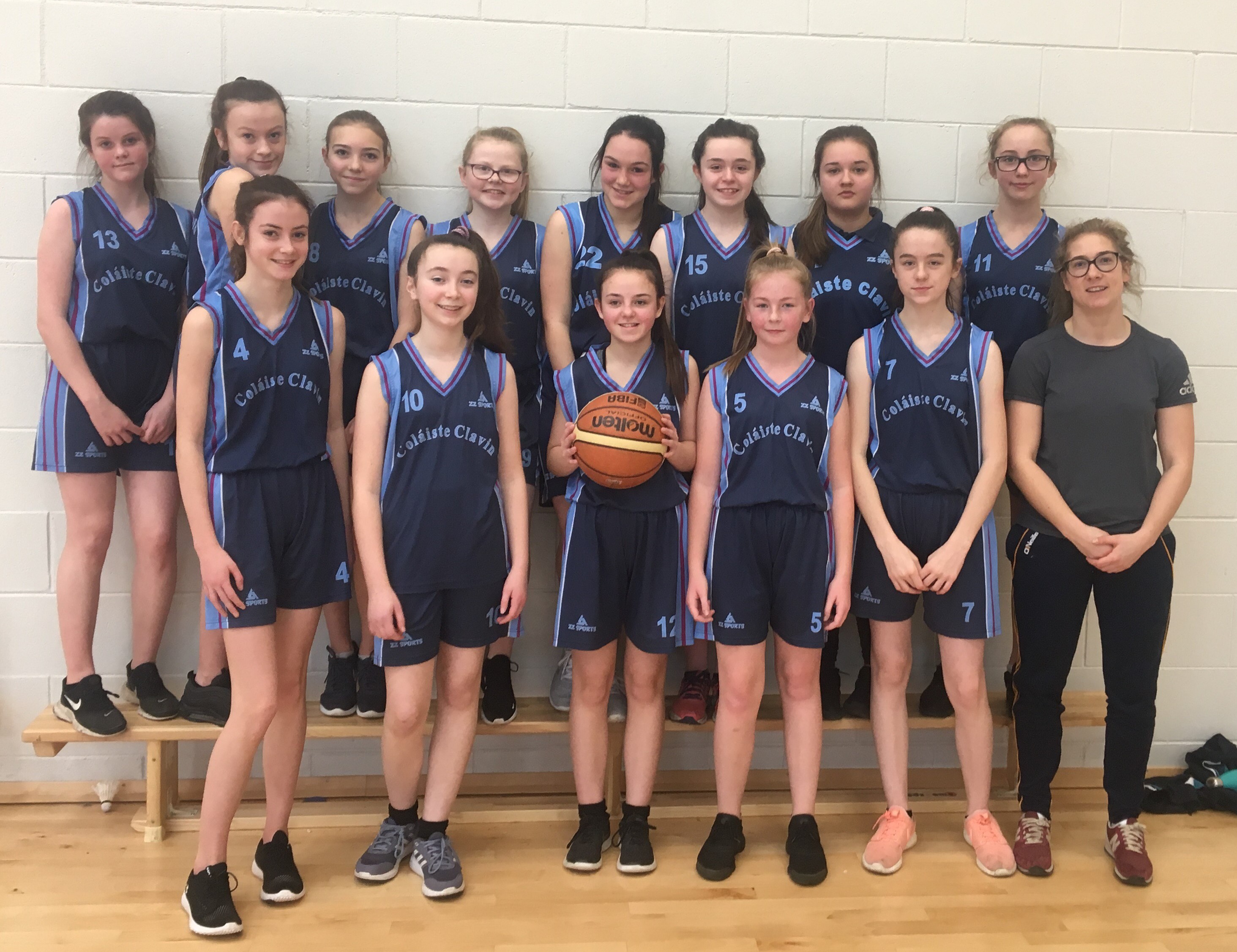 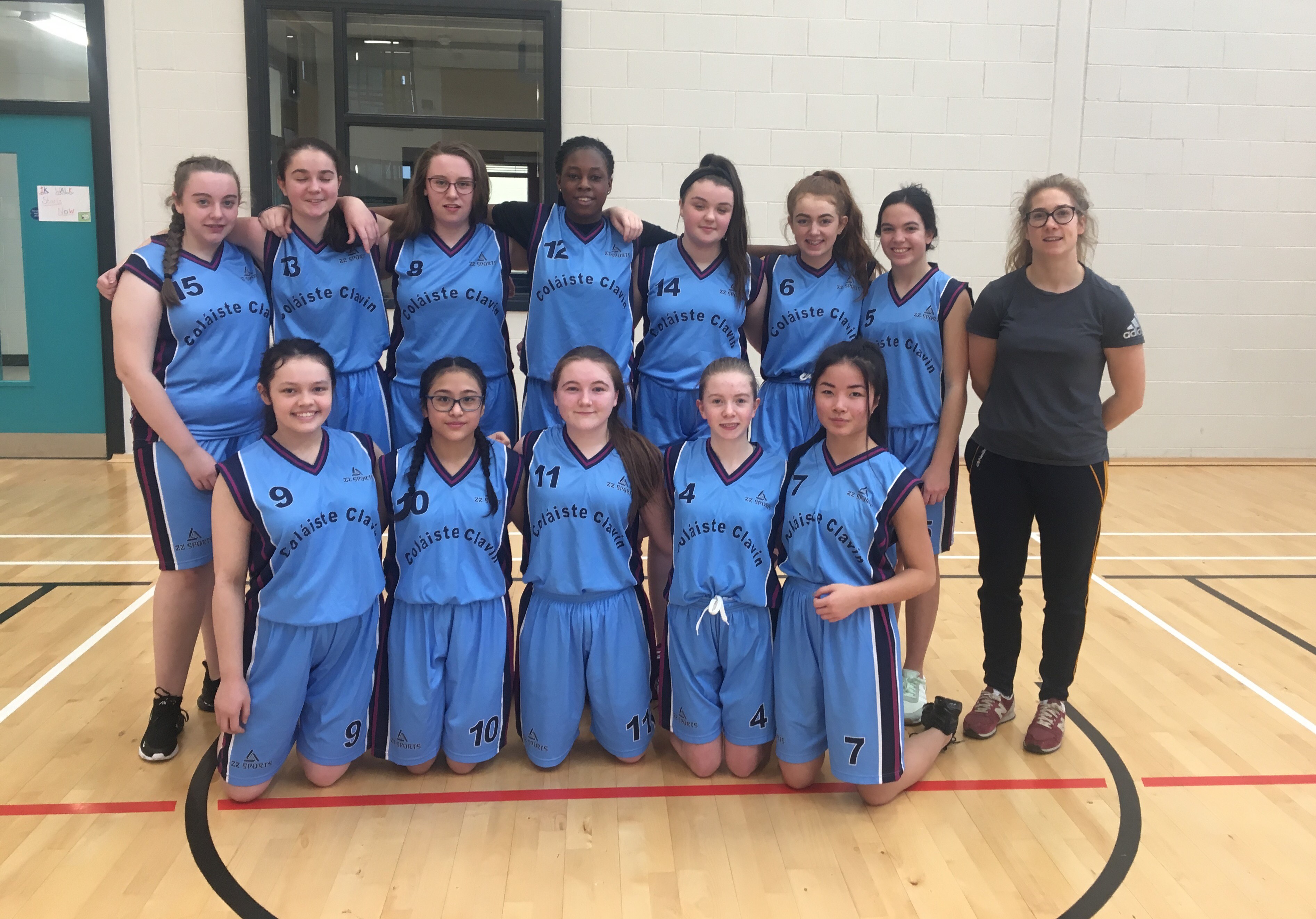 Our first and second year teams both got off the winning start to their season last Wednesday.

Despite very little training the first years held out to defeat Athboy by a single basket. With many girls playing their first ever basketball game it was great that the team performed so well. Special to mention to Ruby Mackey who scored 5 baskets with Ella Butler and Alex Mackey scoring a basket each. In defense Alanna, Kacey and Eve worked very hard while Erika, Jessica, Lorraine and Robyn carried the ball well throughout the game. Emily, Aimee and Emilija did very well when they came on to help the team hold out and get the win. Well done to all.

While many of our second years have been training since September they finally got to play their first match this week and they put in a great team performance. The Colaiste Clavin girls got off to the better start, leading by 3 baskets at half time thanks to scores from Annie, Leyre, Ava, Louise, Jessy and Natasha. Diane was making great runs up the court along with Alanna, Katie and Ciara which gave us a great platform up front to score. In defense both Heather and Gemma worked hard. We continued to dominate the second half with further scores from Leyre as well as baskets from Ciara, Diane and Alanna. Man of the Match went to Natasha for her Trojan work in defense.

Thanks to 5th year students Robyn Butler, Rebecca Cusack, Aoife Doyle, Eilis Corcoran, Katie Flynn and Toto Omokri who have been helping with coaching and officiating.